HISTORY OF THE SCHOOL

wHY Ceramic school in BECHYNĚ?

The tradition of the ceramic production in Bechyně dates back to the 16th century. In the middle of the 19th century there were new professionals coming into the town; owing to them the crafts as pottery and stove-making have been mostly cultivated. As a result, the quality of materials, many years of tradition and the interest for the development of the Czech professional education led to the establishment of a secondary ceramic professional school of Bechyně in 1884. At the beginning the studies took three years and until 1910 only men could study there. The Art Nouveau period (1900-1914) and the era of 20s and 30s (i.e. when the school succeeded in various international exhibitions) are regarded as one of the most prominent eras of the school. After the WWII a significant reorganisation of the study fields has taken place.

In connection with the introduction of non-ceramic study fields, the school has also changed its name, since 2009 it is called the Secondary School of Arts and Crafts – Bechyně. The aim of the school is the same, though, as 100 years ago: to educate creative graduates with broaden minds who would not get lost in the world. 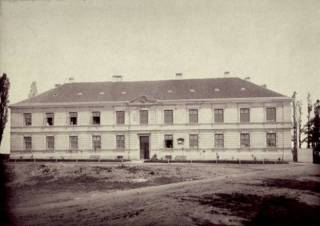